The findings, if confirmed in other studies, could lead to more widespread screening for occult hyperoxaluria in patients diagnosed with CKD. The findings may also stimulate studies looking at whether lowering oxalate excretion could be a therapeutic strategy to preserve kidney function in CKD, Dr Waikar said.

In an interview with Renal & Urology News, Dr Waikar said he became interested in oxalate excretion in CKD after diagnosing oxalate nephropathy in a long-term patient who had a typical case of CKD that he thought was due to hypertension. “She developed progressive kidney failure requiring dialysis, and we biopsied her due to the remote possibility of a drug-induced interstitial nephritis from a new cancer chemotherapy drug,” Dr Waikar related. “After finding oxalate nephropathy on her biopsy, I asked myself whether it might be more common than we suspect, especially in patients with presumed hypertension-associated kidney disease or diabetic nephropathy.” Based on this clinical experience and after reviewing the literature on primary hyperoxaluria and oxalate toxicity, Dr Waikar wrote a grant application to measure 24-hour urine among CRIC study participants. 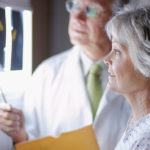 Advanced CKD May Be a Risk Factor for Medial Arterial Calcification