The study, which included 933 individuals with a mean age of 78 years who participated in the Cardiovascular Health Study, demonstrated that each 1 standard deviation increase in sUMOD level was associated with a significant 63% reduced risk of ESRD in multivariable analysis, investigators Dominik Steubl, MD, of Tufts Medical Center in Boston, and colleagues reported in a poster presentation..

Uromodulin is released by into the serum by tubular epithelial cells, “and lower levels are associated with more severe tubular atrophy and interstitial fibrosis (IF/TA),” Dr Steubl and his collaborators explained in their poster. “However, little is known about the association of sUMOD with long-term kidney outcomes in the elderly, a population with a high prevalence of IF/TA.”

The study population was 40% male and 15% non-white. The mean sUMOD level was 127 ng/mL and estimated glomerular filtration rate (eGFR) was 63 mL/min/1.73 m2. ESRD developed in 53 participants during a median follow-up of 9.9 years.

In a study presented at the Kidney Week meeting in 2017, Dr Steubl and colleagues showed that low levels of urinary uromodulin were associated with increased risks of ESRD and rapid renal function decline in patients with chronic kidney disease. Patients in the lowest and second-lowest quartile of urinary uromodulin had a significant 3.6- and 5.4-fold greater risk of ESRD or rapid eGFR loss, respectively, compared with patients in the highest quartile. 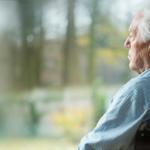