PTH oversuppression is a significant concern in patients with stage 3-4 CKD treated with calcitriol or its 1α-hydroxylated analogs, as iatrogenic induction of a low PTH level is an independent strong risk factor for adynamic bone disease, fractures and cardiovascular death, the researchers explained.

In a post hoc analysis of double-blind randomized trials, Stuart Sprague, DO, of NorthShore University HealthSystem-University of Chicago, and collaborators examined iPTH suppression over 26 weeks in 429 patients with stage 3-4 chronic kidney disease, vitamin D insufficiency, and iPTH levels above 85 pg/mL who received either ERC (20 or 60 mcg daily) or placebo. According to baseline iPTH divided into tertiles, average iPTH was 98, 130, and 203 pg/mL in the ERC groups and 102, 133, and 201 pg/mL in the placebo groups. Each ERC tertile included 75 patients and each placebo tertile 40-41 patients.

In the ERC groups, average iPTH declined significantly by 18, 28, and 50 pg/mL in tertiles 1, 2, and 3, respectively, over 26 weeks. Suppression of iPTH increased from 19% to 26% of baseline from tertile 1 to 3. No cases of oversuppression were observed.

In addition, total 25-hydroxyvitamin D and total 1,25-dihydroxy vitamin D levels rose similarly in all ERC patients. Any effect of the drug on serum calcium and phosphate appeared minor and did not differ from placebo.

The team next plans to investigate the effect of ERC in patients with advanced kidney disease, especially those undergoing dialysis.

The present study was funded by OPKO Health, the makers of calcifediol (Rayaldee). 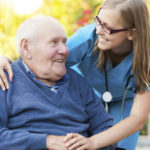