These changes reduced the occurrence of osteoporosis and might protect secondary hyperparathyroidism (SHPT) patients against serious fractures.

For the study, Li Fang, MD, and Junwei Yang, MD, PhD, of Nanjing Medical University in China, examined pre- and post-operative bone mineral density in 34 end-stage renal disease (ESRD) patients with severe SHPT. Before surgery, varying degrees of osteopenia and osteoporosis were found at each lumbar vertebra of the spine. With regard to site L1, 11.8% of patients had osteoporosis and 32.5% osteopenia, according to dual energy X-ray absorptiometry (DEXA). At L4, 32.5% and 32.3% of patients exhibited osteoporosis and osteopenia, respectively.

DEXA results for the hip revealed 55.9% of patients had osteopenia and 23.5% osteoporosis at the femoral neck and 61.7% and 5.9%, respectively, at the trochanter.

Following PTx, bone mineral density at the lumbar spine increased markedly from 0.92 g/cm2 to 1.04 g/cm2 and at the femoral neck from 0.69 g/cm2 to 0.79 g/cm2. The investigators observed that osteoporosis and osteopenia at the spine and hip occurred in fewer patients along with these improvements:

L4 was the site most affected by porous bone, and 91.2% of patients experienced a greater than 5% improvement at that vertebra; an additional 2.9% had moderate improvement of 0.1 to 5%. Just 5.9% experienced declines in bone mineral density.

The most improved patients had the worst pre-operative markers, the investigators noted. These patients had lower bone mineral density, higher levels of parathyroid hormone, and heavier parathyroid glands at baseline. 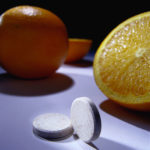