SAN DIEGO—Elevated levels of a certain plasma biomarker independently predict an increased risk of chronic kidney disease (CKD) before any decline in estimated glomerular filtration rate (eGFR) occurs in patients with normal kidney function, according to a new study presented at Kidney Week and published simultaneously in The New England Journal of Medicine.

The biomarker is soluble urokinase-type plasminogen activator receptor (suPAR), which is expressed on a variety of cells, including immunologically active cells, endothelial cells, and podocytes. A team led by Jochen Reiser, MD, PhD, of Rush University Medical Center in Chicago, measured plasma suPAR levels in 3,683 individuals enrolled in the Emory Cardiovascular Biobank and determined renal function at enrollment and at subsequent visits in 2,292 of them.

“SuPAR promises to do for kidney disease what cholesterol has done for cardiovascular disease,” Dr. Reiser said in a press release issued by his medical center, where he is the Ralph C. Brown, M.D., professor and chairman of Medicine.

Results showed that a higher suPAR level at baseline was associated with faster decline in eGFR during follow-up. The annual change in eGFR was -0.9 mL/min/1.73 m2 among subjects in the lowest quartile of suPAR levels (less than 2,373 pg/mL) compared with -4.2 mL/min/1.73 m2 among those in the highest quartile (greater than 4,020 pg/mL), Dr. Reiser and his colleagues reported. The 921 subjects with a normal eGFR (90 mL/min/1.73 m2 or higher) at baseline had the largest suPAR-related decline in eGFR. In 1,335 individuals with a baseline eGFR oat least 60 mL/min/1.73 m2, the risk of progression to CKD in the highest quartile of suPAR levels was 3.13 times as higher as that in the lowest quartile, Dr. Reiser’s team reported.

In clinical practice, the investigators noted, methods of screening for CKD are limited to calculation of eGFR and measurement of urinary protein excretion, but these are relatively insensitive indices of early injury and have limited usefulness in mass screening for CKD.

“Our results suggest that suPAR meets critical requirements for a biomarker of chronic kidney disease,” the researchers wrote.

They explained that suPAR levels are relatively stable in plasma and elevated levels are associated with incident CKD prior to any decrease in eGFR. The levels add prognostic value in all patients and in the subgroups with diabetes or hypertension, the 2 most prevalent diseases associated with CKD in the United States. In addition, “measurement of suPAR may allow for more accurate stratification of patients early in their disease course, enabling rational targeting of preventive health resources and enrollment into potential trials of new renoprotective therapies.”

With respect to how suPAR may play a role in kidney disease, Dr. Reiser’s team noted that “suPAR may interact with other molecules to induce podocyte dysfunction and mediate progression to chronic kidney disease in a broad range of conditions.” Another possibility is that “suPAR acts as a marker of underlying low-grade inflammatory processes that lead to disease.”

In an accompanying editorial, Karl L. Skorecki, MD, of the Technion-Israel Institute of Technology, Rambam Health Care Campus, Haifa, Israel, and Barry I. Freedman, MD, of Wake Forest School of Medicine in Winston-Salem, N.C., commented that the researchers “attempt to address the important challenge of detecting new biomarkers for the prediction of progression to chronic kidney disease in currently overlooked patients with the earliest stages of kidney disease who might benefit most from health interventions.”

According to the editorial writers, the new findings “should engender validation studies in additional cohorts, together with future studies to assess whether conventional and new therapies provided to patients with high suPAR levels and a preserved eGFR are effective in preventing subsequent declines in kidney function.” 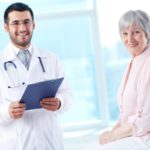