SAN DIEGO—Patients who undergo gastrointestinal (GI) surgery are at relatively low risk of acute kidney injury (AKI) compared with those who have cardiac or vascular surgery, but it is associated with increased short- and long-term mortality according to study findings presented at Kidney Week.

Additionally, the study found that the rate of AKI is substantially higher after major and open operations and in patients with pre-existing kidney disease. 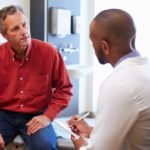