Having a mean SBP of less than 120 mm Hg was significantly associated with an adjusted 26% increased risk for all-cause mortality, compared with a mean SBP of 130 mm Hg or more, Diana I. Jalal, MD, Masaaki Yamada, MD, and colleagues from The University of Iowa Roy J and Lucille A Carver College of Medicine in Iowa City reported. Death risk increased with age category and was significantly stronger among veterans aged 70 years and older.

In an interview with Renal & Urology News, Dr Yamada explained that findings from their observational study should be interpreted cautiously. “Based on the collective evidence, we believe that the current recommendations by ACC/AHA 2017 are reasonable; that is, to target a SBP of less than 130 mm Hg in elderly community dwellers, while exercising caution in those with life-limiting conditions,” Dr Yamada said.

The KDIGO 2021 guideline, however, recommends a target of systolic BP less than 120 mm Hg for those with CKD with and without diabetes, Dr Yamada continued. In addition, KDIGO stipulates that it may be harmful to target SBP less than 120 mm Hg based on non-standardized blood pressure measurements. Both guidelines acknowledge that intensive blood pressure management may not be warranted in individuals with life-limiting conditions.

“It is important for clinicians to apply the guidelines with a deep understanding of their own outpatient BP measurement procedures and to individualize treatment goals for each patient based on their patients’ overall health and treatment goals,” Dr Yamada said. 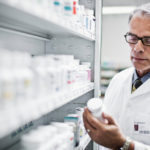