Overactive bladder (OAB) due to aging may be clinically indicated by a metabolic imbalance, according to investigators who presented findings at the International Continence Society’s (ICS) 2022 annual meeting in Vienna, Austria.

Brain-derived neurotrophic factor (BDNF) is a member of the neurotrophin family of growth factors that supports neuron growth and survival. Claudia Covarrubias, MSc, and colleagues from Lady Davis Institute for Medical Research in Montreal, Canada, analyzed urine samples from 20 women with OAB and 20 women without OAB aged 50 to 80 years and compared each group’s amounts of BDNF and its precursor proBDNF.

The BDNF to creatinine ratio did not differ between groups, whereas the proBDNF-to-creatinine ratio appeared lower in the OAB group. The BDNF/proBDNF ratio was therefore significantly higher (0.051 vs 0.135) in the OAB group, Covarrubias reported. “These results suggest that the ratio BDNF/proBDNF might be a better indicator, or potential biomarker of OAB, than BDNF alone,” she stated.

The investigators found no transcription or translation abnormalities that would affect expression of proBDNF. Rather, the decrease in proBDNF levels appeared to result from enhanced activity of MMP-9, a main enzyme converting proBDNF to BDNF, which was higher in the OAB group. According to receiver operative curve analyses, the BDNF/proBDNF ratio displayed the highest specificity for OAB (AUC 0.737).

“OAB related to aging can be clinically correlated to the BDNF proteolysis imbalance, rendering it as a potential biomarker and therapeutic target,” Covarrubias concluded in a study abstract. The team could not rule out the potential influence of other age-related factors, such as polypharmacy and comorbidities. 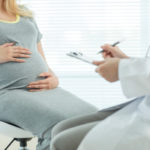