SAN FRANCISCO—Women may experience lower urinary tract symptoms (LUTS) to a greater or lesser degree depending on their occupation, according to new study findings presented at the American Urological Association’s 2018 annual meeting.

Compared with a reference group of office and administrative support workers, who could likely access bathrooms whenever needed, women in the service sector were 40% more likely to complain of nocturia. Women in computing, engineering, and science were 30% more likely to experience LUTS, twice as likely to have urinary frequency, and 4 times as likely to have difficulty initiating flow. In contrast, women working in production, transportation, and material moving or management, business, and finance reported lower rates of at least 2 of the following symptoms: urgency, intermittency, urgency incontinence, difficulty initiating flow, and infections.

Women in the fields of health care and education and unemployed individuals fared just as well as the reference group. All results were significant and were adjusted for age, race, education, and fluid intake.

Alayne Markland, DO, MSc, of the University of Alabama at Birmingham, and colleagues from the Prevention of Lower Urinary Tract Symptoms (PLUS) Research Consortium conducted a secondary analysis of the Boston Area Community Health (BACH) Survey. Of 2789 women, 63% reported LUTS. The most common symptoms were urinary frequency, nocturia, and urgency. Women were least likely to report difficulty initiating flow, weak stream, and non-stress/non-urgency incontinence.

LUTS prevalence varied from 54% to 82% among working women (61% of cohort), depending on their occupational group. Half of employed women worked in service (31%) or office and administrative support (18%). The remainder worked in 9 other areas defined by the US Department of Labor.

“Future studies should examine this relationship prospectively to inform the influence of toileting in the workplace on LUTS,” Dr Markland told Renal & Urology News. “Understanding the possible barriers to toileting and the impact on bladder symptoms over time could lead to policy changes in the workplace. Changes might include greater access to toilets, more timely access to toilets, as well as cleaner and safer toilet environments. With the PLUS Research Consortium, we will be gathering data prospectively that may support these policy recommendations.” 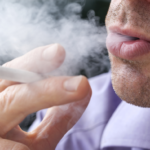