During the REDUCE trial, a 4-year study testing dutasteride vs placebo for prostate cancer prevention, 126 of 7343 men (median age 63 years) died. Dr Freedland and his colleagues modeled nocturia episodes as they increased from 0 to 5 per night against death risk. Having 3 or more nocturia episodes nightly was associated with a 43% increased risk of death after adjusting for disturbed sleep and a range of comorbidities and risk factors.

“Even after controlling for lower urinary tract symptoms and sleep quality, having more nocturia episodes was associated with increased risk for death,” Dr Freedland told Renal & Urology News. “Men with 3 or more nocturia episodes per night may have a greater risk of dying in the next several years and should be evaluated for other underlying medical conditions. Whether treating nocturia itself reduces this excess risk of death is unknown and needs to be tested.”

The vast majority of men in the cohort were white, 8% had diabetes, and 8% had coronary artery disease. All men had a baseline PSA of 2.5 to 10 ng/mL and a negative prostate biopsy. In multivariable models, the investigators adjusted for age, treatment arm, body mass index, coronary artery disease, diabetes, geographic region, and race. Additional analyses adjusted for International Prostate Symptom Score and sleep survey scores. The interruption of sleep by nocturia may have long-term negative effects on health and may warrant targeted intervention, the investigators stated. 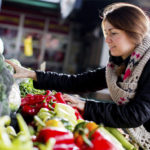