Radical nephrectomy (RN) for treatment of renal cell carcinoma is a risk factor for end-stage kidney disease (ESKD) during the first year after the procedure, investigators reported at the 2022 International Kidney Cancer Symposium: North America held in Austin, Texas.

Using the National Swedish Kidney Cancer Registry, the investigators identified 9299 patients with RCC who did not have ESKD at the time of cancer diagnosis. ESKD developed in 215 patients. By comparison, 302 ESKD cases developed among 93,895 matched controls. The 10-year cumulative incidence of ESKD after RCC was 2.5%, half of which occurred within 2 years after RCC diagnosis, Dr Lundstam’s team reported.

On multivariable analysis, patients undergoing nephron-sparing approaches (partial nephrectomy [PN] or tumor ablation) had a significant 61% lower risk for ESKD compared with those undergoing RN during the first year of follow-up, Dr Lundstam and colleagues reported.

The patients with RCC who experienced ESKD had a significantly lower 5-year survival rate than those who did not (29% vs 64%), according to the investigators. The ESKD group had a 2.4-fold higher risk for death than the group without ESKD.

The new finding differs from that of some previous studies. A nationwide population-based retrospective cohort study of 7670 patients who underwent surgery for RCC in Taiwan revealed that patients who underwent RN have a higher incidence rate of ESKD compared with those who underwent PN (6.9 vs 5.5 cases per 1000 person-years), but the difference was not statistically significant in adjusted analyses, investigators reported in a 2015 article in PLOS One. In addition, in a propensity score matched cohort of patients undergoing RN or PN for RCC (840 patients in each group) in the US, investigators found no significant difference between the groups in the risk for ESKD on multivariable analysis, according to a 2012 report in European Urology. They did, however, find significantly increased risks for CKD, acute renal failure, chronic renal insufficiency, and anemia in CKD. 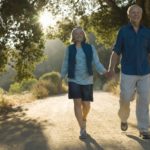