In study compared men with and without OAB, metabolomics analysis identified 79 metabolites from plasma, of which 6 were more common among men with OAB, Takahiko Mitsui, MD, PhD, and collaborators at the University of Yamanashi, Kōfu, Japan, reported. Multivariate analysis demonstrated that increases in erucic acid (22:1), palmitoleic acid, and cis-11 eicosenoic acid and a decrease in cholic acid were significantly associated with OAB. 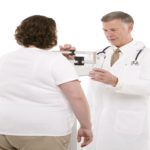