Dr Weiss and his colleagues noted that a substantial proportion of patients with nocturia have other daytime lower urinary tract symptoms due to OAB or BPO.

His team analyzed data from 2 3-month, phase 3 double-blind randomized placebo-controlled trials of desmopressin ODT in men (50/75 µg) and women (25 µg) with 2 or more voids per night during 3-day screening. All patients had nocturnal polyuria (NP). Mild daytime LUTS associated with OAB/BPO were not specifically excluded, but concomitant medications for OAB/BPO, such as antimuscarinic agents, 5-alpha-reductase inhibitors, and alpha blockers, had to be stable for 3 months prior to screening, the authors noted.

Among women, desmopressin-treated patients with pure NP and NP plus OAB had a mean 0.30 and 0.24 decrease in the number of nocturnal voids, respectively, compared with placebo recipients. The proportion of women with pure NP who achieved a 33% reduction in nocturnal voids was 79% in the desmopressin group compared with 63% in the placebo arm. In the NP plus OAB group, the proportions were 72% vs 61%, respectively.

According to the investigators, the study identified no new safety concerns. 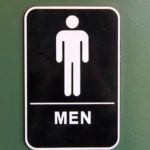