Statin use may prolong duration of abiraterone treatment in men with castration-resistant prostate cancer (CRPC), according to new findings scheduled to be presented at the 2016 Genitourinary Cancer Symposium in San Francisco.

In a retrospective study of 224 CRPC patients treated with abiraterone, Lauren C. Harshman, MD, of the Lank Center for Genitourinary Oncology at Dana-Farber Cancer Institute in Boston, and colleagues found a trend toward longer median duration of treatment in statin users compared to non-users (14.2 vs. 9.2 months). Of the 224 patients, 92 (41%) used statins and 96% had metastatic disease at the time of abiraterone administration. Additionally, 26% had previously received docetaxel and 7% had prior enzalutamide treatment.

Statin use was associated with a non-significant 18% reduced likelihood of abiraterone treatment cessation after adjusting for prior use of docetaxel, enzalutamide, and site of metastases.

Prior docetaxel use was associated with significantly shorter abiraterone duration.

Based on prior preclinical work out of the Kantoff laboratory at Dana-Farber, Dr. Harshman and colleagues hypothesized that statins may compete with uptake of the adrenal androgen dehydroepiandrosterone sulfate (DHEAS), a precursor to more potent androgens, such as dihydroxytestosterone, leading to increased time to progression on androgen deprivation therapy. Another possible explanation for the current study’s findings is that statins may inhibit hepatic uptake of abiraterone, thereby prolonging drug exposure and increasing effectiveness.

“All in all, these observations suggest that statins may have an additive effect on disease control in CRPC patients when taken in conjunction with abiraterone, but these results require validation in a larger retrospective dataset and ultimately prospectively,” Dr. Harshman told Renal & Urology News. 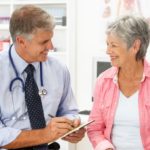