Patients treated with surgery or radiation therapy for localized prostate cancer (PCa) have improved survival compared with men who do not have cancer, according to study findings presented at the 2017 Genitourinary Cancers Symposium in Orlando, Florida.

Stephen B. Williams, MD, of the University of Texas Medical Branch in Galveston, and colleagues conducted a matched cohort study using the Surveillance, Epidemiology and End Results (SEER)-Medicare linked database. They identified 34,473 patients aged 66 to 75 years without significant comorbidity and who were diagnosed with localized PCa and treated with radical prostatectomy or radiation from 2004 to 2011. Of these patients, 21,740 (63.1%) received radiation treatment and 12,733 (36.9%) underwent surgery. The investigators compared the PCa cohort with a non-cancer control cohort.

The median follow-up time was 63 months for the PCa cohort: 71 and 62 months for the low and high D’Amico risk patients, respectively. The PCa and non-cancer cohorts had similar characteristics, with racial and ethnic composition the only significant difference.

Compared with non-cancer controls, the PCa patients treated with surgery had a significant 65% lower risk of death and those treated with radiation had a 38% lower risk.

Although the cohorts were matched, men treated with surgery appeared to have the greatest overall survival, which indicates inherent selection bias due to unmeasured confounding variables, the investigators concluded. 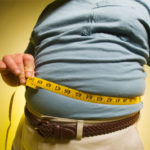