Using Decipher, a team led by Stephen J. Freedland, MD, who is affiliated with Cedars-Sinai Medical Center in Los Angeles and has a joint appointment at the Durham VA Health Care System in Durham, North Carolina, calculated genomic classifier (GC) scores for 554 men with PCa (306 AAM and 239 EAM) who underwent radical prostatectomy (RP) at the VA medical center from 1989 to 2016.

The study population was a clinically high-risk cohort, with patients having either stage T3a disease, positive surgical margins, seminal vesicle invasion, or who had received post-RP radiation. Dr Freedland and his colleagues compared GC score and Cancer of the Prostate Risk Assessment score (CAPRA-S) with respect to their ability to predict metastasis and PCa-specific mortality (PCSM).

With a median follow-up of 9 years, metastases developed in 40 patients and 18 died from PCa. Among the African-American patients, 154 (50%) were deemed low risk by Decipher and 218 (71%) were determined to be low/intermediate risk by CAPRA-S measures.

“These data add to the growing data that Decipher is a robust measure of clinical outcomes across many cohorts and many disease settings,” Dr Freedland said. “To that we can now add that Decipher predicts outcomes regardless of race, which is important given black men are at the highest risk of aggressive prostate cancer in the world. The fact that Decipher appeared to work even better in black men is intriguing and deserves further study and may underlie some genomics differences by race that we are continuing to evaluate.”

Disclosure: The study was funded by GenomeDx Biosciences, the maker of Decipher. 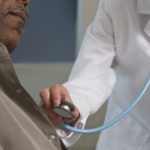