SAN FRANCISCO—Men with metastatic castration-resistant prostate cancer (mCRPC) with predominantly bone metastases who receive more than 4 cycles of radium-223 have significantly better overall survival (OS) than those who receive 4 or fewer cycles, investigators reported at the 2020 Genitourinary Cancers Symposium.

In addition, baseline alkaline phosphatase (ALP) concentration is independently associated with better OS and could be used to identify patients most likely to benefit from the medication.

In a retrospective study of 114 men who received radium-223, Esmail Mutahar Al-Ezzi, MD, and colleagues at Princess Margaret Cancer Centre in Toronto found that men received more than 4 doses of the drug had significantly longer OS and progression-free survival than those who received 4 or fewer doses (19.8 vs 4.56 months and 7.45 vs 2.9 months, respectively). Compared with men who received more than 4 doses, those who received 4 or fewer doses had significant 8.4-fold and 4.6-fold increased risks of death and progression, respectively.

The baseline median ALP for men who received more than 4 doses was significantly lower than that of those who received 4 or fewer doses was (98 vs 154 U/L).

On multivariate analysis, subsequent treatment, administration of more than 4 cycles of radium-223, and baseline ALP below 150 U/L were associated with improved OS. 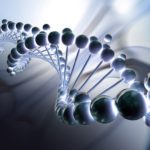