A team led by Liam C. Macleod, MD, MPH, of the University of Washington School of Medicine in Seattle, noted that previous randomized trials have demonstrated a survival benefit for upfront CN preceding immunotherapy, but it is unclear whether this survival benefit persists in the targeted therapy era.

The median survival time was significantly longer in the upfront CN than the upfront targeted therapy group (18 vs. 10 months). In adjusted analyses, upfront targeted therapy was associated with a 70% increased risk of death compared with upfront CN. A propensity matched analysis showed that upfront CN was associated with a significant 6.4 month survival advantage, according to the researchers.

“We attempt to account for a number of factors affecting treatment selection bias, and do find improved overall survival among those [patients] receiving cytoreductive nephrectomy,” Dr. Macleod told Renal & Urology News. “These findings will need to be placed in context with upcoming clinical trials examining the role of surgery relative to sunitinib in the mRCC setting.” 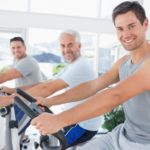