Men who had intermittent dosing of enzalutamide also had prolonged time to PSA failure (TTF).

A team led by Alastair Thomson, BM, MRCP, FRCR, of Royal Cornwall Hospital in Truro, United Kingdom, and colleagues retrospectively compared 110 men who were responding on continuous dosing to 29 who had at least a 1-month treatment break (intermittent group).

All intermittently treated patients had a PSA response prior to their first treatment break, which was most commonly for fatigue (72%), Dr Thomson and his collaborators reported. The median number of treatment breaks was 1 (range 1-7), time to first break was 5 months, and time on treatment was 70%.

In addition, compared with the continuous dosing group, the intermittent group had significantly prolonged TTF (median 13 vs 6 months).

Men with metastatic prostate cancer are frequently on treatment for extended periods, so prevention and management of toxicity is key to maintaining quality of life, the authors wrote. “Our study suggests that the use of intermittent dosing of enzalutamide may be a safe and effective way of managing toxicities in patients who have already demonstrated a response to the drug,” the investigators concluded in their poster presentation.

Although the intermittent group had improved overall survival, the authors acknowledged that the study population was small, so they interpret their survival data with caution.

Dr Thomson’s group pointed out that, numerically, the intermittent group took longer to become castration resistant than the continuous dosing group (median 37.8 vs 29 months). “It is possible that the intermittent group may be a subset of men particularly sensitive to enzalutamide and would have had a long-lasting response if the drug had been given continuously.

“Overall, I think it’s a good retrospective study,” said Yung Lyou, MD, PhD, a medical oncologist at City of Hope, a comprehensive cancer center in Duarte, California, who was not involved in the research. Prospective studies are needed to establish whether intermittent dosing of enzalutamide and perhaps other antiandrogens is a safe strategy, but “at least the investigators showed that doing the intermittent dosing of enzalutamide didn’t have any detrimental effects.”

If intermittent dosing is shown to be a safe and effective strategy, the approach could be used to improve patients’ quality of life and perhaps help patients save money, he said. Dr Lyou related that some of his patients decide on their own to stop taking enzalutamide periodically or take less than the prescribed dosage as a result of fatigue induced by the medication.

Rowe M, Hidayat A, Walter S, et al. The use of intermittent enzalutamide dosing in the treatment of metastatic castrate-resistant prostate cancer. Presented at the 2020 Genitourinary Cancers Symposium held February 13 to 15 in San Francisco. Poster D5. 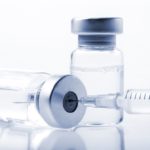