The investigators made the discovery after analyzing data from the REDEEM (Reduction by Dutasteride of Clinical Progression Events in Expectant Management) trial, a three-year randomized, placebo-controlled study that enrolled 302 men undergoing active surveillance for low-risk PCa. Neil Fleshner, MD, MPH, head of urology at the University Health Network in Toronto, and collaborators randomized participants to receive either 0.5 mg/day of dutasteride, is a 5-alpha reductase inhibitor (5-ARI), or placebo. Subjects underwent 12-core biopsies at 18 and 36 months. At randomization, the dutasteride and placebo groups had 147 and 155 patients, respectively.

At the final biopsy, the dutasteride group had a significant 39% reduction in the risk of progression compared with the placebo recipients, Dr. Fleshner reported at the fourth annual Genitourinary Cancers Symposium. The researchers defined progression as a switch to active treatment (radical prostatectomy, radiation, or hormone therapy) or pathologic evidence of worsening disease (Gleason 7 or higher disease, four or more positive biopsy cores, or 50% or more of any one core containing cancer).

In addition, significantly more patients in the dutasteride group than in the placebo group had no cancer detected at the final biopsy (36% vs. 23%). Dr. Fleshner’s group observed no evidence of increased Gleason score progression in the dutasteride arm compared with placebo recipients. Dutasteride-treated patients also experienced significant improvements in PCa-related anxiety.

Safety results for dutasteride are consistent with the established safety profile for the drug from past dutasteride studies, Dr. Fleshner said. He and his colleagues observed no cardiac failure events in dutasteride group and no new safety issues.

The investigators concluded that dutasteride may provide a useful adjunct to active surveillance for PCa management.

The new findings corroborate those of a previous study published online recently in European Urology. In this study, PCa patients on active surveillance treated with 5-ARIs were approximately half as likely to experience pathologic progression or switch to active treatment compared with men not taking the medications. 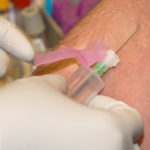