ORLANDO, Fla.—Delaying radical prostatectomy after a period of active surveillance (AS) did not appear to lead to worse prostate cancer (PCa) pathology in a prospective AS cohort, according to a new study presented at the 2015 Genitourinary Cancers Symposium.

“A period of initial surveillance appears to be safe, even for men who later experience Gleason score upgrading,” said first author Christopher J. Welty, MD, MS, of the University of California, San Francisco.

Dr. Welty and his colleagues identified 678 men who met strict AS criteria and then underwent radical prostatectomy (RP) from 1997 to 2013. Criteria for AS included Gleason score 3+3 or below, PSA level 10 ng/mL or below, clinical stage 2 or below, a third or fewer biopsy cores positive, and no more than 50% cancer involvement in any single core. Surveillance consisted of quarterly PSA testing, re-imaging with transrectal ultrasound (TRUS), and serial prostate biopsy (median 2).

Men who had immediate surgery after their PCa diagnosis were 66% less likely to have unfavorable pathology than those who delayed RP for at least 6 months (median 19 months). This finding is not surprising because surgery was only recommended to men who had signs of occult, higher-risk disease on follow-up; very few elected surgery for other reasons, according to the researchers.

To clarify whether the timing of RP played a role in PCa pathology, the researchers conducted a separate analysis of 54 men managed on AS who initially met AS criteria, then upgraded to Gleason 3+4 disease during surveillance and underwent surgery. These patients were matched to 162 men who underwent immediate RP on the basis of clinical stage, PSA, and Gleason grade immediately prior to treatment. The investigators found the timing of RP was not associated with adverse pathology.

“Men who may have had more significant prostate cancer than was appreciated or detected on their initial biopsy do not appear to have worse pathologic outcomes as a result of waiting to be treated,” Dr. Welty explained. “In fact, they may gain some benefit by delaying treatment-related morbidity.”

He noted that additional follow-up is needed to assess significant PCa outcomes such as metastasis, use of additional therapies, and survival. 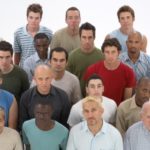 Higher-Risk Prostate Cancer On the Rise