In a cohort of 3808 men receiving first-line treatment for newly diagnosed mCRPC, 1729 (45.4%) received first-line abiraterone. Of the cohort, 2165 (68.7%) were White and 404 (10.4%) were Black. Median OS was 24 months for Black patients compared with 17 months for White patients, Mallika Marar, MD, MBA, of Stanford University in Stanford, California, and colleagues reported in a poster presentation. Compared with Black men, White men had a significant 32% increased risk for all-cause mortality. The median time to next treatment did not differ between the races.

Dr Marar’s team identified study patients using the Flatiron Health electronic health record-derived database. Patients treated with first-line abiraterone were older than those who were not (74 vs 72 years) and were more likely to be receiving care at academic centers (8% vs 6%).

The investigators concluded that their real-world data suggest race-based differences in therapeutic response to abiraterone. They suggested future studies move beyond studying race itself and examine, for example, the prevalence of adverse germline variants. 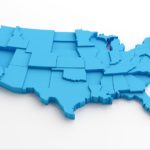