Atezolizumab (Tecentriq) is a monoclonal antibody that binds with PD-L1 expressed on tumor cells and tumor-infiltrating cells. By inhibiting PD-L1, the drug may enable activation of T cells. Bevacizumab (Avastin) is a monoclonal antibody that inhibits tumor angiogenesis by binding to vascular endothelial growth factor. According to researchers, atezolizumab and bevacizumab may reactivate the cancer immunity cycle.

In a multicenter, randomized phase 2 study (IMmotion 150), patients in the PD-L1 subgroup who received the combination had significantly longer median progression-free survival (PFS) compared with those who received sunitinib alone (14.7 vs 7.8 months). Atezolizumab plus bevacizumab was associated with a significant 36% lower risk of disease progression compared with sunitinib. The study found no PFS advantage in the overall study population.

The safety of atezolizumab and bevacizumab was consistent with previous data for each drug alone.

The clinical benefit of atezolizumab plus bevacizumab compared with sunitinib will be evaluated in the ongoing Phase 3 study (IMmotion151; NCT02420821). 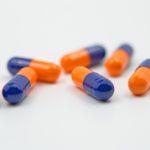