Regular aspirin use may decrease the risk of dying from prostate cancer (PCa), according to study findings that will be presented at the 2016 Genitourinary Cancers Symposium in San Francisco.

Researchers led by Christopher B. Allard, MD, a urologic oncology fellow at Brigham and Women’s Hospital and Massachusetts General Hospital in Boston, analyzed data from 22,071 men enrolled in the Physicians’ Health Study. Over 27 years of follow-up, PCa was diagnosed in 3,193 men, Dr. Allard reported during a presscast held prior to the symposium. Lethal PCa, defined as metastatic disease or death from PCa, developed in 403 of these men. Men without a diagnosis of PCa who took aspirin regularly—more than 3 tablets per week—had a significant 24% decreased risk of developing lethal disease, after adjusting for age, race, body mass index, and smoking status.

Regular aspirin use did not influence the overall incidence of PCa or the risk of being diagnosed with high-grade or locally advanced PCa. Among men with PCa, regular aspirin use after diagnosis was associated with a significant 39% decreased risk of dying from PCa. Aspirin use prior to diagnosis did not have a measurable benefit.

Although the biological basis for the protective effect of aspirin is not known, preclinical research suggests aspirin may prevent the spread of cancer to the bone, according to Dr. Allard.

He said it is premature to recommend aspirin for prevention of lethal PCa, but men with the disease who already may benefit from the cardiovascular effects of aspirin could have another reason to consider regular aspirin use. Men should consider the potential risks of regular aspirin use when discussing with their physicians the potential benefits of aspirin with respect to cardiovascular health and risk of death from PCa, he pointed out.

Sumanta Pal, MD, who moderated the presscast, cautioned that while the new findings are provocative, the findings are from an observational study in which surveys and reviews of hospital records were used to obtain information. Such studies “are perhaps best followed by formal clinical trials where we compare use of aspirin to either no treatment or perhaps a placebo.”

Dr. Pal, who is a spokesperson for the American Society of Clinical Oncology, a co-sponsor of the symposium, pointed out that important unknowns remain, such as the right dose of aspirin and which patients would derive the most benefit from aspirin.

The symposium also is co-sponsored by the American Society for Radiation Oncology and Society of Urologic Oncology. 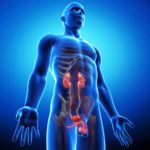