PRAGUE—Lowering LDL cholesterol (LDL) can prevent or even reverse atherosclerosis, but it does not do the same for the progression of chronic kidney disease (CKD).

Speaking in a late-breaking trials session at the European Renal Association-European Dialysis and Transplant Association in Prague in June, David Lewis, MD, of the Clinical Trial Service Unit at the University of Oxford, United Kingdom, presented overall and sub-analyses of the renal results of the SHARP (Study of Heart and Renal Protection) trial.

Dr. Lewis reported that lowering LDL for five years with simvastatin (SIM) and ezetimibe (EZE) did not slow progression of renal disease in patients with CKD. This finding was consistent across all prespecified outcomes, subgroups, or exploratory analyses. Previously, Baigent and colleagues  (Lancet. 2011;377:2181-2192) had shown that compared with placebo, lowering LDL with simvastatin 20 mg plus ezetimibe 10 mg daily (SIM/EZE) was associated with a significant 17% reduction in major atherosclerotic events among patients with chronic kidney disease.

Preclinical and clinical results suggested that elevated LDL is associated with the development and progression of kidney disease and that lowering LDL could impede the loss of kidney function. The SHARP trial investigators tested whether such an intervention could slow the progression of renal disease in patients with CKD.

They randomly assigned CKD patients aged 40 years or older to receive SIM/EZE, SIM 20 mg, or placebo for one year. SIM-alone was used as a comparison to assess the safety of adding EZE to SIM. At one year, the patients on SIM were again randomized to either the SIM/EZE cohort (4,650 patients) or to placebo (4,620 patients). Subjects were followed for a median of 4.9 years (minimum four years). SIM/EZE was associated with a mean LDL reduction of 33 mg/dL at 2.5 years compared with the placebo arm.

In the entire population of 9,270 patients (mean age 63 years), two-thirds were not on dialysis at the beginning of the trial, and the rest were. The non-dialysis patients had to have serum creatinine levels of 1.7 mg/dL for men or 1.5 mg/dL for women. About two-thirds had CKD stage 4 or 5, mainly without proteinuria.

Study participants could not have had a myocardial infarction or coronary revascularization. Dr. Lewis said it was important that based on the lipid profiles, there had to be “uncertainty as to whether LDL lowering therapy was indicated or not.” The primary endpoint was the progression to end-stage renal disease (ESRD), defined by the need for maintenance dialysis or renal transplantation for the patients not on dialysis at baseline.

The investigators observed no significant effect from the administration of the LDL lowering therapy. “This is a robust result, as indicated by the narrow confidence interval, with over 2,000 of the 6,000-plus participants reaching end-stage renal disease during the study follow-up,” Dr. Lewis told attendees. The proportion reaching the primary endpoint was 33.9% in the SIM/EZE arm and 34.6% in the placebo arm.

The investigators also looked at the rate of change of eGFR, surmising that it might be more sensitive than the hard endpoint of ESRD as a measure of progression of renal disease. They found no difference in the annual rates of change, stratified by patients’ baseline eGFR’s, between the SIM/EZE and placebo groups. Similarly, when stratified by baseline albuminuria, the groups did not differ in their rates of change of eGFR.

Session moderator Johannes Mann, MD, Director of the Department of Nephrology at Munich General Hospitals in Munich, Germany, found some good news in the outcome of the SHARP trial, focusing on the demonstrated vascular benefits. He told Renal and Urology News that even if the presence of kidney disease is the only cardiovascular risk factor present, “we should use LDL lowering … independent of [patients’] baseline LDL cholesterol. Many patients who are probably now not treated because the LDL levels are not high enough, should be treated.” 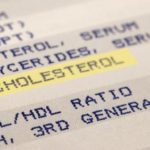