Chronic kidney disease (CKD) patients with the highest sodium levels have greater risks of cardiovascular (CVD) events, according to a new study presented at the European Renal Association-European Dialysis and Transplant Association 53rdCongress in Vienna and published in JAMA.

Investigators led by Jiang He, MD, PhD, of Tulane University in New Orleans, examined sodium levels and CVD events among 3,757 men and women with mild to moderate CKD from the Chronic Renal Insufficiency Cohort study (CRIC). CRIC is a prospective study specifically designed to assess CVD risk in CKD patients. The main outcome was a composite of CVD events, defined as congestive heart failure, stroke, or myocardial infarction (MI). Urinary sodium excretion was used as a proxy for daily sodium intake.

The investigators used average urinary sodium based on 3 annual measurements and calibrated it to sex-specific urinary creatinine excretion. From lowest to highest quartile of excreted sodium, composite CVD events occurred in 174, 159, 198, and 273 patients, respectively, and CVD incidence was 18.4%, 16.5%, 20.6%, and 29.8% at follow-up.

In men and women with the highest daily sodium, CVD risk was elevated by 36% for the composite of CVD events, 34% for heart failure, and 81% for stroke, independent of use of antihypertensive medications, history of CVD, and estimated glomerular filtration rate at baseline. Risks were not significantly different at lower sodium levels.

“These findings, if confirmed by clinical trials, suggest that moderate sodium reduction among patients with CKD and high sodium intake may lower CVD risk,” Dr He and colleagues wrote.

Beyond salt added at the table, sodium is used for flavoring and preserving many foods. According to the Centers for Disease Control and Prevention, Americans get more than 75% of their daily sodium from processed and restaurant foods.

Blood pressure is more sensitive to high sodium intake in patients with impaired kidney function because of a lowered capacity to excrete sodium. Yet the study found an association of sodium excretion and CVD after adjustment for systolic blood pressure, suggesting that dietary sodium possibly increases CVD risk by other mechanisms. The investigators suggested endothelial dysfunction, vascular damage from oxidative stress, insulin resistance, and direct effects on the renin-angiotensin-aldosterone system.

CRIC participants are fairly representative of CKD patients in the general population, including many with diabetes and/or hypertension, a strength of the study. Among this study’s limitations, the researchers acknowledged that sample sizes were too small to assess clinical outcomes at recommended daily sodium limits of 2,300 mg and 1,500 mg. 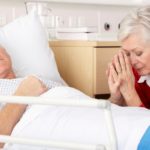