ISTANBUL—Replacing cefuroxime for the prevention of wound infections after orthopedic surgery with single-dose gentamicin plus standard-dose flucloxacillin appears to increase the rate of acute kidney injury (AKI), researchers announced at the 50th Congress of the European Renal Association-European Dialysis and Transplant Association.

“It’s surprising that a single dose of gentamicin is nephrotoxic, as it is generally believed that multiple doses are required for nephrotoxicity,” said Samira Bell, MD, consultant nephrologist at Ninewells Hospital in Dundee, Scotland. Flucloxacillin can cause acute interstitial nephritis leading to AKI, but this is not commonly observed.

Dr. Bell and colleagues compared post-operative AKI rates in the two years before and the two years after her institution implemented a policy switch for antibiotic prophylaxis in patients having orthopedic implant surgery. The analysis included 7,698 patients who had their surgery from October 2006 to October 2010.

In an earlier observational study, another Scottish group found a significant increase in AKI associated with a switch from cefuroxime to single-dose gentamicin and high-dose flucloxacillin in patients having joint replacement surgery. The study included 198 patients who had their surgery from September 2009 to September 2010.

The decision to abandon cefuroxime at Scottish hospitals was made in 2008 in response to an initiative by the Scottish Antimicrobial Prescribing Group calling for measures including a restriction on the use of broad-spectrum antibiotics following a spike in rates of Clostridium difficile infection, some of which were fatal. Although it has been widely shown that prophylactic antibiotics decrease the rate of superficial and deep wound infection after orthopedic implant surgery, some antibiotics—particularly cephalosporins—may actually increase the risk of C. difficile diarrhea.

C. difficile infections have a range of sequelae. Some patients are asymptomatic and other experience pseudomembranous colitis with toxic megacolon.

Dr. Bell’s group decided to undertake a study to see if their institution experienced an increase in AKI rates following conversion to single-dose gentamicin with standard-dose flucloxacillin, similar to the earlier Scottish study.

The significant association between the prophylactic antibiotic regimen and the subsequent development of AKI was maintained after controlling for potential confounders, including gender, age, and use of nephrotoxic drugs.

The researchers observed no change in AKI among patients with fractured neck of femur group who received prophylactic amoxicilllin/clavulanic acid throughout the study period.

Based on the results, Ninewells Hospital has discontinued the use of prophylactic gentamicin and flucloxacillin for patients undergoing orthopedic surgery in favor of amoxicilllin/clavulanic acid. All hospitals in Scotland have since followed suit except for one institution, which continues to favor gentamicin/flucoloxacillin prophylaxis.

Dr. Bell said her team conjectures that gentamicin was responsible for the surge in AKI rates in this vulnerable patient population. She and her colleagues plan to test this hypothesis by repeating the study in other surgical specialties that use gentamicin without flucloxacillin as prophylaxis during vascular surgery, urologic surgery, obstetric-gynecologic surgery, and general surgery. 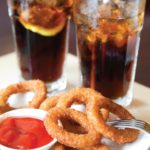