In a prospective cohort study that included 3023 patients with chronic kidney disease (CKD) stage 3 to 5, patients who used PPIs had significant 54% and 35% increased risks for AKI and death, respectively, compared with non-users of PPIs, in adjusted analysis, according to Sophie Liabeuf, MD, of Jules Verne University of Picardie, Amiens, France, and colleagues. PPI use was not associated with an increased risk of end-stage renal disease (ESRD).

Of the 3023 patients, 971 (32%) had been prescribed PPIs at study inclusion. These patients were significantly older and had more comorbidities than patients not prescribed PPIs. PPI users also had lower estimated glomerular filtration rates and were more likely to receive antithrombotic agents.

Among patients with CKD stages 3 to 4, 347 AKI events occurred, ESRD developed in 334 patients, and 258 patients died prior to developing ESRD.

The association between PPIs and death appears to be mediated by AKI episodes, the investigators concluded in their study abstract.

“Regular use of PPI[s] needs to be identified and carefully evaluated in patients with CKD, especially as these drugs are often sold over the counter,” the authors concluded. 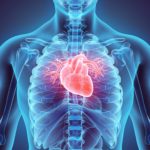