Upper tract urothelial carcinoma (UTUC) has been rising in The Netherlands since 1993, with no improvement in patient survival except for those with metastatic disease, investigators reported at the European Association of Urology 2020 virtual congress.

“A possible explanation for the observed increase and improved survival of [patients with] metastatic disease might lie in more accurate and earlier detection of UTUC and metastases and the availability of more efficacious treatment modalities,” Thomas van Doeveren, MD, of the Erasmus Medical Center in Rotterdam, The Netherlands, and colleagues concluded in their study abstract.

Metastatic disease had the most pronounced rise in incidence, with an EAPC of 4.69. By comparison, the EAPC for organ-confined and nonorgan-confined disease was 1.28 and 1.54, respectively.

Moreover, the investigators found that the mean age at UTUC diagnosis increased significantly from 68.6 years in 1993 to 70.7 years in 2017. 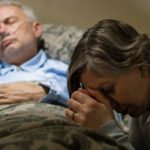