In a study of men who underwent RARP for low-risk prostate cancer and had a median follow-up of 2.75 years after surgery, Thomas Ahlering, MD, and colleagues at the University of California, Irvine, found that 15 (9.9%) of 152 men on TRT experienced biochemical recurrence (BCR) compared with 160 (23.5%) of 682 men not on TRT, a statistically significant difference in BCR rate.

Eighty-five patients had BCR within a year after surgery. Of these, 4 (4.7%) were on TRT compared with 81 (95.3%) not on TRT. In multivariate analysis, TRT was associated with a statistically significant median 1.5-year delay in disease progression, after adjusting for pathologic grade and stage, according to Dr Ahlering’s team.

“This is not what we set out to prove, so it was a big surprise: not only did testosterone replacement not increase recurrence, but it actually lowered recurrence rates,” Dr Ahlering said in a statement issued by the EAU. “While the testosterone is not curing the cancer per se, it is slowing the growth of the cancer, giving an average of an extra 1.5 years before traces of cancer can be found. We already know that testosterone can help with physiological markers such as muscle mass, better cholesterol and triglyceride levels and increased sexual activity, so this seems to be a win-win.”

He noted that smaller studies have suggested that testosterone may not be a risk for some patients, but the new study is the largest of its kind ever conducted. “We’re not suggesting that treatment methods be changed just yet, but this puts us at the stage where we need to question the taboo against testosterone use in prostate cancer therapy – especially for low-risk patients after radical prostatectomy. We need the oncology/urology community to begin to review testosterone use”.

Dr Ahlering and his colleagues defined BCR as 2 consecutive PSA values of 0.2 ng/dL or greater following surgery. The same surgeon performed all prostatectomies.

“The paper is indeed important, as it stresses the importance of checking testosterone levels as a part of the management of patients with sexual disorders following radical prostatectomy,” Francesco Montorsi, MD, the EAU’s Adjunct Secretary General for Science and professor and chairman of the department of urology at University Vita-Salute San Raffaele in Milan, said in the EAU statement. “Obviously selection of the right patients is vital, but if confirmed, this may have immediate benefits on quality of life; the possibility of reducing mortality would be an unexpected bonus. We now need bigger studies to support this work.” 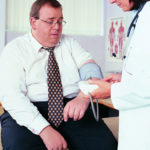