Statin use after initiation of androgen deprivation therapy (ADT) for prostate cancer (PCa) is associated with a decreased risk of dying from the disease, according to study findings presented at the 34th Annual European Association of Urology Congress in Barcelona, Spain.

Statin use prior to the start of ADT was not associated with PCa death risk or with the risk of starting ADT, according to the investigators.

Of the 8253 men in the study, 4747 used statins and 4428 initiated ADT during follow-up. Among the patients who initiated ADT, the median follow-up time was 6.9 years among statin users and 5.5 years among nonusers.

The investigators defined ADT initiation as the date of surgical orchiectomy or the first prescription of any ADT medication, whichever occurred first. 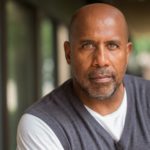