Early detection of prostate cancer (PCa) in the United States has resulted in a decrease in the number of men presenting with metastatic PCa, investigators concluded in a presentation of study findings at the 33rd European Association of Urology Congress in Copenhagen, Denmark.

The results from this population-based analysis indicate that early detection identifies patients with PCa at an earlier time in the course of the disease and to an increasing extent before patients have developed metastatic disease, Dr Helgstrand told Renal & Urology News. “An unwanted consequence of this earlier detection, however, is overdiagnosis and overtreatment of men harboring non-lethal localized prostate cancer whose remaining length of life would be unchanged and whose quality of life would possibly would be greater if not diagnosed at all.” 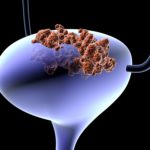 Bladder Cancer Mortality in Men Lower With 5-ARI Use