Patients who undergo surgical treatment of renal cell carcinoma (RCC) are at increased risk for end-stage kidney disease (ESKD), according to the findings of a population-based study presented at the 2022 European Association of Urology congress. Development of ESKD in these patients increases their risk for death.

Sven Lundstam, MD, PhD, of Sahlgrenska Academy of Gothenburg in Sweden, and colleagues identified 9414 patients with RCC using the National Swedish Kidney Cancer Registry and compared them with a control group of 94,159 patients without RCC matched by age, sex, and country of residence. The investigators found a 2.5% cumulative 10-year incidence of new-onset ESKD in the RCC group, which was 10 times higher than in the control group.

Patients with both RCC and ESKD had significantly worse 5-year survival rates compared with patients who only had RCC (29% vs 64%). Among the patients with the kidney cancer, kidney failure was significantly associated with a 2.4-fold increased risk for death. 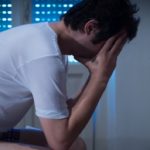