Men with stage 3B or higher CKD were significantly more likely to experience severe nocturia than those with lower stage CKD: 75% vs 45%, Noriyuki  Iida, MD, of Komagome Hospital, Tokyo, Japan, and colleagues reported. In multivariable analyses, CKD stage 3B or higher was significantly associated with triple the risk for severe nocturia and age older than 72 years with double the risk.

The study is the first to show that higher CKD stage is associated with severe nocturia in men, the investigators stated.

In the 2013-2014 National Health and Nutrition Examination Survey, investigators likewise examined nocturia in 9813 individuals. Nocturia (defined as waking up nightly to urinate) was more prevalent in individuals with CKD—39.4% in CKD stages 3 and 4 and 38.7% in CKD stages 1 and 2—compared with 24.3% in those with no CKD.

“The higher burden of sleep problems among adults with CKD, especially with stages 3 and 4, highlights the importance for early detection and management of these symptoms in the primary and specialty care settings,” according to the Centers for Disease Control and Prevention. 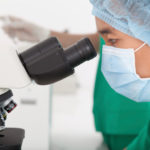