VIENNA—Findings from a large randomized trial confirm the effectiveness of botulinum toxin type A (BoNT-A) for refractory idiopathic detrusor overactivity (IDO) in women.

Researchers led by Douglas G. Tincello, MB ChB, MD, Senior Lecturer/Honorary Consultant Gynecologist at Leicester Royal Infirmary in Leicester, UK, enrolled 240 women with IDO in a double-blind, placebo-controlled study. The women needed to have at least eight voids and two urgency episodes within 24 hours. Investigators randomly assigned 122 subjects to receive BoNT-A injections and 118 to receive placebo injections. The women were reviewed at six weeks and three and six months. The primary outcome was voiding frequency per 24 hours at six months.

At six months, the researchers analyzed data from 116 BoNT-A recipients and 111 placebo-treated patients and found that 30% of BoNT-A patients were continent (no leaks) compared with 12% of placebo recipients.

BoNT-A causes partial paralysis of bladder muscle, so patients may be unable to void spontaneously and be in complete or partial retention, explained Dr. Tincello, who presented study findings at the 26th Annual Congress of the European Association of Urology. This retention may lead to UTIs. Additionally, infection can be introduced via insertion of the catheter used to manage the retention.

The study provides “robust data confirming the efficacy and safety of BoNT-A,” Dr. Tincello said. “For women with refractory IDO, they will gain on average a reduction in voiding of 25% and roughly a halving of urgency episodes and incontinence episodes. The 30% continence rate is far in excess of any oral drug therapy we have.” 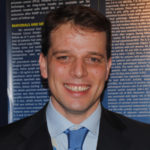