Oncologic outcomes appear to be no worse for selected patients who choose bladder-sparing therapy instead of radical cystectomy for nonmuscle-invasive bladder cancer (NMIBC) unresponsive to intravesical bacillus Calmette-Guérin (BCG). But treatment failure rates are high, and many patients ultimately require radical cystectomy (RC), investigators reported at the AUA2021 Virtual Experience.

In a study of 60 patients who chose initial RC and 89 patients who chose bladder-sparing therapy, 5-year metastasis-free survival was 80% vs 73% and 5-year cancer-specific survival was 82% vs 69%, respectively, with no significant differences between the groups, Yair Lotan, MD, and colleagues from the University of Texas Southwestern Medical Center in Dallas, and colleagues reported. Patients opting for bladder-sparing therapy had an estimated 5-year cystectomy-free survival rate of only 38%, however. Having more than a single line of bladder-sparing therapy before RC was significantly associated with an increased risk of pT3 or higher disease or positive lymph nodes: 44% for 2 or more lines vs 14% for 1 line vs 15% for initial RC, the investigators reported.

In an interview with Renal & Urology News, study investigator Jeffrey Howard, MD, PhD, discussed the implications of his team’s findings. Clinician judgment and patient priorities and preferences factor into these complex treatment decisions, he emphasized. Maintaining an intact bladder in the hopes of avoiding RC is important to some patients, he said, but it comes with a very high burden of ongoing treatment, including cystoscopies as often as every 3 months, frequent catheterizations for intravesical treatments, office biopsies, and operating room procedures.

“It varies a lot from patient to patient whether the benefits of bladder-sparing treatment outweigh the costs, including living with the anxiety of developing progressive disease,” Dr Howard said. “At the very least it seems that we are selecting patients appropriately for attempts at bladder-sparing therapy because they are not having terrible outcomes compared with those who undergo cystectomy.”

The FDA approval of systemic pembrolizumab was “big news,” Dr Howard noted, adding that the medication has shortcomings. “It is a systemic treatment for an organ-confined disease, meaning that patients face the potential for serious systemic side effects, even death in rare cases. Use of pembrolizumab also requires very close coordination between medical oncology and urology because urologists are still responsible for surveillance.”

Nadofaragene firadenovec (Adstiladrin) had a similar complete response rate to pembrolizumab in a recent phase 3 single-arm trial. As an intravesical agent, it does not have the same shortcomings as pembrolizumab and so would be preferred in many cases, according to Dr Howard.

The FDA recently issued a Complete Response Letter for a competing agent, oportuzumab monatox (Vicinium), which represents “a major setback” for its developers.

“There are a number of other agents in clinical trials as well and it remains to be seen whether a new standard of care will emerge,” Dr Howard said. 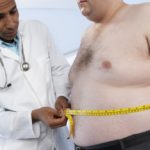