Obesity is associated with better survival among men with metastatic castration-resistant prostate cancer (mCRPC), a protective effect that investigators are calling an “obesity paradox,” study findings presented at the AUA2021 Virtual Experience suggest.

The findings could have implications for clinical trial design and development of novel therapeutics that target certain genes that modulate fat synthesis, according to investigators.

To exclude possible effects attributable to a higher dose of chemotherapy (titrated according to body surface area), the investigators looked for eventual interactions between BMI and chemotherapy dose.

Dr Martini and colleagues found no interaction between BMI categories and docetaxel dose.

He explained that the protective effect of obesity might be attributed to some oncogenes that are downregulated as a result of obesity. For example, among patients with metastatic kidney cancer, obesity is associated with downregulation of the FASN oncogene, which is implicated in fatty acid synthesis. Further research is needed in the context of prostate cancer to better elucidate this phenomenon, he said.

The latest findings could be useful when designing clinical trials, such as for stratifying patients based on BMI categories, Dr Martini said. The findings also highlight a need to better understand prostate cancer as a disease because this could lead to new ways to manage it. “The fact that some oncogenes might be downregulated in cases of obesity can help identify novel potential therapeutic targets,” said Dr Martini, adding that ongoing studies are examining a molecule that inhibits FASN.

Commenting on the study, Stephen J. Freedland, MD, professor of surgery and director of the Center for Integrated Research in Cancer and Lifestyle at Cedars-Sinai Medical Center in Los Angeles, who was not involved in the new research but has studied the relationship between obesity and prostate cancer, said another possibility is that obese men do not experience the muscle-wasting and weight loss that can accompany late-stage cancer and are thus in better health than those who do. 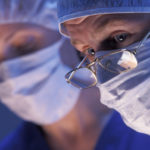