Partial and radical cystectomy for muscle-invasive bladder cancer (MIBC) are associated with similar survival outcomes, according to study findings presented at the AUA2021 Virtual Experience.

If confirmed, partial cystectomy (PC) may be a viable option to treat MIBC, according to investigators Rainjade Chung, MD, of Columbia University in New York, New York, and colleagues.

Their study included 637 patients with MIBC identified using the National Cancer Database (2003-2015). Of these, 79 (12%) underwent partial cystectomy (PC). The PC patients were older than those in the radical cystectomy (RC) group. They were more likely to have positive surgical margins (19% vs 10%) but had a lower rate of positive lymph nodes on surgical pathology (5% vs 27%).

Investigators found no significant difference in the rate of upstaging to pT3-4 (67% in RC vs 71% in PC) or in overall survival.

On multivariable analysis, patients undergoing either PC or RC using a minimally invasive approach had a significant 66% decreased risk for death compared with those having an open procedure, according to investigators.

“This study suggests that partial cystectomy in select patients may have comparable overall survival to radical cystectomy, but it is worth emphasizing the patient selection is key,” Matthew Wszolek, MD, a urologic oncologist at Massachusetts General Hospital and an assistant professor at Harvard Medical School in Boston, who was not involved in the study. “Further, the one long-term concern for partial cystectomy is future-life threatening recurrence of bladder cancer … that may occur 5, 10, 15 years in the future, and this risk is not accounted for in this study.” He noted that most urologic oncologists use PC in selected patients, and the current study supports the practice. 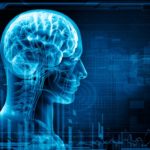