CHICAGO—Hyperinsulinemia may be associated with an increased risk of kidney stones in men, according to study findings presented at the 2019 American Urological Association annual meeting.

Findings from a prospective Japanese study show that men with hyperinsulinemia had a 3-fold higher risk of kidney stones compared with men who did not have the condition, after adjusting for multiple variables, according to a poster presentation.

The study, by Ryosuke Ando, MD, and colleagues at Nagoya City University Graduate School of Medical Sciences, included 4007 individuals (2084 men and 1923 women) aged 35 to 79 years who underwent medical examinations from April 2007 to August 2011 and had no history of kidney stones. The objective was to examine the impact of insulin resistance on incident kidney stones. The investigators defined insulin resistance as a HOMA-IR (homeostasis model assessment of insulin resistance) value of 2.5 or higher or the presence of hyperinsulinemia, defined as serum insulin levels of 15 μU/mL or higher. 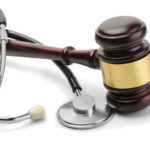