SAN FRANCISCO—Chemoradiation for muscle-invasive bladder cancer (MIBC) is associated with decreased overall survival compared with radical cystectomy, according to a large study presented at the American Urological Association 2018 annual meeting.

The stud is the largest to date looking at survival differences between radical cystectomy (RC) and chemoradiation therapy (CMT), noted lead investigator Dharam Kaushik, MD, of the University of Texas Health Science Center in San Antonio.

Using the National Cancer Data Base, he and his colleagues examined outcomes among 15,854 patients with MIBC who underwent RC with or without neoadjuvant chemotherapy and 2083 who underwent CMT, defined as receiving a regional dose of at least 50 Gy plus chemotherapy within 90 days of radiation therapy.

After a median follow-up of 25.8 months, patients in the CMT group had a significant 15% higher risk of death compared with RC-treated patients in both unweighted and propensity score weighted multivariate analyses. The 5-year survival rates were significantly greater for RC than CMT patients (40.4% vs 30%). 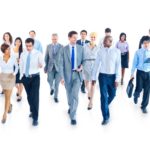