The findings are from separate studies by the same research team led by Alexander W. Pastuszak MD, PhD, of Baylor College of Medicine in Houston. In one study, the investigators included 8738 men with PD, 204,147 men with erectile dysfunction (ED), and 87,280 controls without PD or ED matched by age and follow-up duration. Compared with men in the ED and control group, men in the PD group had a 21% increased risk of benign prostatic hyperplasia (BPH), 21% increased risk of prostatitis, and 10% increased risk of lower urinary tract symptoms (LUTS). In addition, compared with controls, PD patients had an elevated risk of developing keloids. The study found no association between PD and risk of any autoimmune disease.

“Men with PD have an increased risk of developing BPH, LUTS, prostatitis and keloids,” the authors concluded in their study abstract. “This may be related to myofibroblast activity, and these findings support a common etiology for these conditions that may manifest at different points during the male life cycle.”

The authors also performed whole exome sequencing on a father and son with both PD and Dupuytren’s disease, a related fibrotic disorder, and identified numerous shared mutations that may also be involved in gastrointestinal and genitourinary cancers. 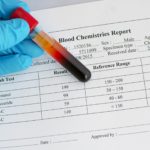