Among patients with high-risk upper tract urothelial carcinoma (UTUC), survival appears no worse for those treated with segmental ureterectomy (SU) instead of radical nephroureterectomy (RNU), according to study findings presented at the 22nd annual meeting of the Society of Urologic Oncology.

According to the National Cancer Database, 26,153 (84.7%) patients underwent RNU and 4708 (15.3%) patients underwent SU for UTUC from 2004 to 2016. SU was significantly associated with longer overall survival compared with RNU: median 66.1 vs 64.9 months, Siv Venkat, MD, from Weill Cornell Medicine/New York-Presbyterian Hospital reported for his team. Overall survival did not differ significantly according to high-risk features, with the exception of RNU’s association with improved survival among patients with pT3 disease.

“Segmental ureterectomy appears to be noninferior to radical nephroureterectomy with respect to overall survival outcomes in selected patients,” Dr Venkat said in an interview.

Patients who underwent SU tended to have significantly lower cT, pT, cN, and pN stages, nonmetastatic disease, and low grade tumor. Patients who had SU were also significantly older and more likely to be treated at an academic/research hospital, undergo open surgery, and have positive surgical margins.

“The gold-standard treatment for high-risk UTUC remains RNU,” Dr Venkat said. “While the limitations of the study need to be appreciated, we believe that in selected high-risk patients with UTUC, segmental ureterectomy may be noninferior to radical nephroureterectomy while preserving the kidney. These may include patients where nephron-sparing is a priority (eg, solitary kidneys), with favorable anatomic characteristics (eg, distal ureteric tumors), elderly patients with increased comorbidities, and at experienced academic centers.” 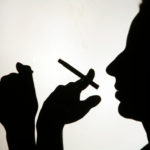