A delay of less than 6 months from diagnosis in performing radical prostatectomy on men with high-risk prostate cancer (PCa) is not associated with worse oncologic outcomes, according to study findings presented at SUO 2020, the virtual annual meeting sponsored by the Society of Urologic Oncology.

Using the Michigan Urological Surgery Improvement Collaborative (MUSIC) registry, Colton H. Walker, MD, of Michigan Medicine in Ann Arbor, and his colleagues analyzed data from 8355 men with intermediate-risk PCa and 2774 with high-risk PCa who underwent RP within 1 year of diagnosis. The investigators classified the patients according to the interval from diagnosis to RP: immediate (within 3 months) or delayed (3.1 to 6.0, 6.1 to 9.0, and 9.1 to 12.0 months).

Within the high-risk group, the investigators found no significant difference in the risk for adverse pathology identified at the time of RP between patients who underwent immediate RP and those who delayed RP for up to 12 months, Dr Walker and his colleagues reported in a poster presentation. In addition, delaying RP for up to 6 months did not significantly affect time to biochemical recurrence (BCR) compared with patients who had immediate RP.

Dr Walker’s team defined adverse pathology as extraprostatic extension, seminal vesical invasion, or pN1 disease at RP. They defined BCR as the presence of a postoperative PSA level of 0.2 ng/mL or higher. 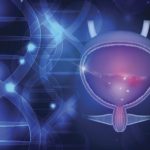 Gene Therapy for NMIBC Effective Regardless of Patient Characteristics