A subset of men with grade group 2 (GG2) intermediate-risk prostate cancer at biopsy are downgraded or harbor favorable pathology at radical prostatectomy (RP), according to new study findings presented at the 20th annual meeting of the Society of Urologic Oncology in Washington DC.

Investigators have created calculators incorporating this and other information that may improve patient selection for active surveillance.

In the study, 4322 patients with intermediate-risk and 1325 with low-risk cancer at biopsy underwent RP during 2005 to 2018 at Johns Hopkins Hospital and Bayview Medical Center in Baltimore. At RP, 7.6% of men with biopsy GG2 cancer were downgraded and 17.8% were found to have favorable pathology, defined as GG1 or GG2 with less than 5% Gleason pattern 4. In contrast, 55.1% of men with biopsy low-risk disease experienced upgrading at RP.

The investigators constructed multivariable logistic regression models to assess preoperative factors such as age, PSA, PSA density, and number of cores with cancer, as predictors for pathologic downgrading or favorable pathology at RP. The final, fitted predictive model proved reliable in discriminating grade group changes from biopsy to RP, with concordance statistics of 0.76 for downgrading, 0.64 for favorable pathology, and 0.70 for upgrading. In biopsy GG2 intermediate-risk patients, a cutoff of more than 10% predicted probability of downgrading to GG1 or more than 20% predicted probability of favorable pathology at RP and led to similar outcomes after RP when compared with biopsy low-risk patients.

To aid clinicians in decision-making, the team created 2 online risk prediction calculators based on the model: 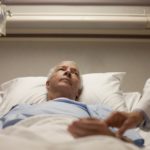