Complete transurethral resection of bladder tumor (TURBT) prior to neoadjuvant chemotherapy (NAC) may improve oncological outcomes and survival in patients with muscle-invasive bladder cancer (MIBC), investigators reported at the 20th annual meeting of the Society of Urologic Oncology in Washington, DC.

Jamie Pak, MD, of Columbia University Irving Medical Center in New York, and colleagues studied 93 patients with clinically localized MIBC (cT2 or higher, N0) from a single institution who underwent TURBT followed by NAC during 2000 to 2017. Of these, 62 received complete TURBT, defined as resection of the entire tumor or down to normal-appearing bladder muscle with confirmatory imaging. After NAC, patients underwent a repeat TURBT, radical cystectomy, or active surveillance (AS) and delayed intervention, including cytology, cystoscopy with or without biopsy, and cross-sectional imaging at 3- to 4-month intervals.

Whether complete TURBT confers these benefits or simply serves as a marker of amenable disease is still unclear.

“The extent to which a complete pre-NAC TURBT represents a selection criterion for having lower clinical stage or a therapeutic advantage in response to NAC is difficult to isolate from a retrospective study,” Dr Pak’s team stated in their study abstract. “However, this report suggests a complete TURBT of muscle-invasive tumors should be pursued when feasible to potentially optimize outcomes after NAC.” 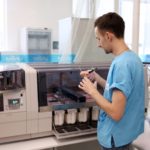 Study: Survival Not Affected by Discordant Pathology in High-Grade UTUC