Distant metastases as a proportion of prostate cancer diagnoses increased from 3.0% in 2010 to 5.2% in 2018, Dr Borregales confirmed. A 2022 study published in JAMA Network Open and a 2019 Cancer study, both using SEER data, also documented a recent increase in metastatic prostate cancers at diagnosis.

“Changes in screening practices are the best primary explanation for the grade shift observed, as there was relatively low uptake of pre-biopsy MRI during our study period and there was insufficient data to support a significant effect of biomarkers or increased incidence of risk factors of high-grade [prostate cancer] such as obesity,” Dr Borregales and colleagues noted in a study abstract. “Further research is needed to examine the downstream effects of these changes in [prostate cancer]-specific mortality.”

In an interview, co-investigator Jim C. Hu, MD, MPH, of NewYork-Presbyterian’s Lefrak Center for Robotic Surgery, agreed that the USPSTF 2012 recommendations are “obsolete.” He said the challenge with the current grade C USPSTF recommendation of individualized choice for PSA testing at ages 55 to 69 years is that it is based on age criteria from the European Randomized Study of Screening for Prostate Cancer (ERSPC). “Currently, we don’t have level 1 guidance for PSA screening in younger men, Black men, and those with a significant family history of prostate cancer,” he said.

As for advice to urologists, Dr Hu said, “Men should have a baseline PSA test in their 40s to determine the future frequency of PSA testing based on [individual] risk stratification.” 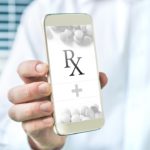