Morbid obesity ups odds of a number of urologic conditions, such as kidney stones, kidney cancer, and erectile dysfunction (ED), according to data presented at the 2022 American Urological Association annual meeting in New Orleans, Louisiana.

Using a large multicenter electronic health record network consisting of 44 health care organizations, Maxwell Towe, MD, of the University of Miami Miller School of Medicine in Florida, and colleagues conducted a comparative cohort study among individuals stratified by body mass index (BMI, kg/m2) — less than 25, 25-30, 30-35, 35-40, and more than 40 — and the presence of metabolic syndrome, and determined the prevalence of common urologic conditions.

Compared with a BMI less than 25, a BMI more than 40 (morbid obesity) was significantly associated with approximately 1.3- and 1.3-fold greater odds of stone disease and kidney cancer, respectively, and 1.8-, 1.4-, and 3.0-fold increased odds of overactive bladder (OAB), ED, and hypogonadism, respectively, Dr Towe’s team reported in a poster presentation.

A BMI higher than 40 vs less than 25 was significantly associated with 41% and 40% decreased odds of bladder cancer and ureteral cancer, respectively.

“Interventions aimed at reducing BMI and improving metabolic parameters could play a vital role in reducing the prevalence of these urological conditions and become part of the treatment pathway in the future,” the investigators concluded.

Disclosures: The study was supported by Acerus Pharmaceuticals in the form of an educational grant used to access the TriNetX database. 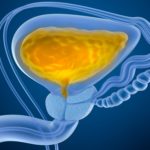