A survival difference exists between Black and White patients with renal cell carcinoma (RCC), even after accounting for socioeconomic disparities, investigators reported at the 2022 American Urological Association annual meeting in New Orleans, Louisiana.

Using the 2004-2017 National Cancer Database, investigators identified 471,833 patients with RCC, of whom 57,919 (12.4%) were of Black race. Compared with White patients, Black patients were significantly less likely to have private insurance (36.7% vs 44.5%) and more likely to be in a lower income bracket. The differences did not stop there, however. Black patients were diagnosed at significantly younger ages (61 vs 64 years), with a significantly higher rate of non-clear cell RCC (54.0% vs 24.8%), and with multiple comorbidities, Ridwan I. Alam, MD, MPH, of Johns Hopkins University School of Medicine in Baltimore, Maryland, reported. However, they presented at significantly lower cancer stages compared with White patients. The proportion of Black individuals diagnosed with RCC grew over time, according to Dr Alam.

On multivariable Cox regression, Black race was significantly associated with an 8% increased risk for death compared with White race. Subanalyses revealed that this race disparity was limited to patients with clear cell RCC and to small renal masses (cT1aN0M0).

“Ideally, diagnosis at an earlier stage in Black patients allows for earlier management/treatment and thus better outcomes, but perhaps socioeconomic barriers have prevented any survival benefit from being realized,” Dr Alam said in an interview. “Support to socioeconomically disadvantaged groups, whether White or Black, becomes paramount to maximize longevity for these patients.

“On the other hand, the biologic nature of early-stage disease in Black patients may be distinctly different from that of White patients,” Dr Alam said. “More research is needed.”

Dr Alam and his team are currently conducting a genomic analysis to identify biologic signatures that may differ between Black and White patients with kidney cancer. 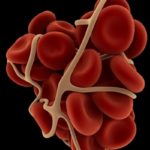 Priapism Identified as a Risk Factor for Embolism