More than half of women in the United States suffer from urinary incontinence (UI), and for 1 in 5 of these women symptoms interfere with everyday life, according to data presented by Una J. Lee, MD, of Virginia Mason Medical Center in Seattle, and colleagues during the American Urological Association Virtual Experience.

Using 2005-2012 data from the National Health and Nutrition Examination Survey, the investigators identified a nationally representative cohort of 9423 non-pregnant women. Of these, 54% reported having UI symptoms in the previous 12 months, including 16% with mixed UI, 26% with stress UI only, and 11% with urgency UI only. Stress UI was the chief complaint among women aged 45 to 54 years, mixed UI among women aged 65 to 69 years, and urgency UI among women aged 80 years or older.

The study also revealed that 22% of respondents indicated that UI affects their daily life, with 10% reporting that UI impacts their lives “somewhat” or “greatly.”  A third of all women and 55% of elderly women suffered moderate to severe symptoms, according to results from the validated 4-level Incontinence Severity Index.

“There is a high overall prevalence of urinary incontinence over the lifespan of a woman,” Dr Lee told Renal & Urology News. “The epidemiological trends noted in this study should inform our decision-making about health care resources for this important health problem. Safe and effective treatments likely exist that can target the type of incontinence a woman has and improve her symptoms.” 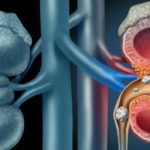