Active surveillance (AS) for small renal masses (SRMs) among older patients offers long-term oncologic efficacy equivalent to surgery, and it is not inferior to primary intervention for patients with SRMs suspicious for renal cell carcinoma, according to data from separate studies presented as part of the American Urological Association 2020 Virtual Experience.

Mark Sullivan, MD, and colleagues at Oxford University Hospitals in the UK reviewed findings from 208 patients with 212 T1a SRMs. Of these, 76 were managed with AS, 93 with partial nephrectomy (PN), and 39 with radical nephrectomy (RN). Mean tumor sizes were 23 mm in the AS patients and 27 mm in the PN and RN patients. Over a median follow-up of 9.4 years, the mean growth rate of SRMs managed by AS was 0.9 mm/year, with 55% of these SRMs showing zero or negative growth. Fourteen (18%) of AS patients underwent intervention due to tumor growth or patient choice. Metastatic disease developed in 7.8% of AS patients compared with 12.9% and 10.3% of PN and RN patients, respectively.

A tumor growth rate greater than 5 mm/year on AS approached statistical significance for development of metastases, according to the investigators.

In addition, Dr Sullivan’s team observed no statistically significant difference among the AS, PN, and RN groups with regard to overall and cancer-specific survival: 52.9% and 97.1%, respectively, for the AS group, 75.3% and 90.3% for the PN group, and 41% and 89.7% for the RN group. In all, 47.1% of the AS patients died from causes other than RCC, further justifying the use of AS in the management of SRMs, the investigators noted in their study abstract.

In another study, Joseph G. Cheaib, MD, MPH, of the Brady Urological Institute at Johns Hopkins University School of Medicine in Baltimore, along with principal investigator Phillip Pierorazio, MD, and colleagues analyzed 10-year prospective data from the DISSRM (Delayed Intervention and Surveillance for Small Renal Masses) registry showing that AS appears to be as safe as, and not inferior to, primary intervention among carefully selected patients with SRMs suspicious for RCC (defined as solid renal masses 4 cm or less). Of 785 enrolled patients, 3448 (44.3%) opted for primary intervention and 437 (55.7%) chose AS. Out of the AS cohort, 67 (15.3%) underwent delayed intervention.

The median follow-up time for the entire study population was 3.3 years, with 287 patients (36.6%) followed up for 5 years or more. The investigators observed no significant difference in cancer-specific survival at 10 years between the primary intervention and AS groups (99.2% vs 99.7%, respectively). Overall survival, however, was higher among the primary intervention patients than the AS group at 7 years (90.9% vs 64.2%) and 10 years (83.4% vs 58.5%). The AS cohort had a 10-year progression-free survival rate of 63.8%. Progression, defined as a growth rate greater than 0.5 cm/year, greatest tumor diameter exceeding 4.0 cm, development of metastatic disease, or elective crossover, occurred in 110 (25.2%) of the 437 AS patients, with the majority (76.4%) being due to elevated growth rate. 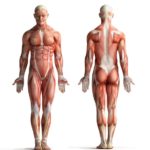